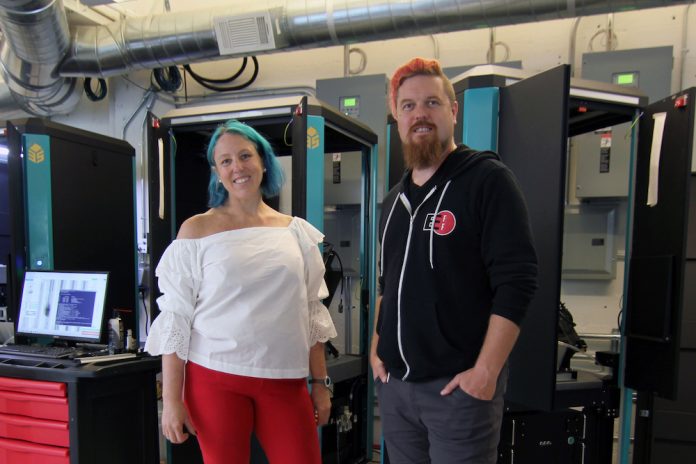 3Scan is a San Francisco-based medical device and analytics technology company that created a high-performing microscope capable of performing cutting edge tasks of simultaneously sectioning and imaging samples. The company’s main focus is to enable three-dimensional imaging and data analysis of diseases such as cancer.

3Scan is located at 2122 Bryant Street in San Francisco, where it occupies 3,000 square feet for its 31 employees, and is expanding into a new space at 458 Brannan comprised of 4,000 square feet over two floors.

Sitting down with 3Scan’s CEO, Todd Huffman, we explored the drivers of his company’s growth and what matters to this growing life-science entity. His feedback follows.

Once we raised a decent amount in angel funds and grants, we moved operations into a lab that we converted from a hair salon

SEYMOUR. Tell me a little about where 3Scan started out and why, as a founder, you decided on those specific spaces.

HUFFMAN. What is important from a startup perspective, is the types of space you inhabit, and who you’re trying to sell to. We originally started the company in the back corner of a warehouse where the four founders lived. It was a classic SOMA live/work warehouse.

Our first funding came from angel investors and a grant from a not-for-profit. At that stage, the amounts of money were relatively small and the people we were pitching to were looking for a company that was small, scrappy and really dedicated. Having us all living together, with the lab right there in the back was certainly appealing, not only to us but to potential investors. We looked as though we were people that were spending their money wisely.

Once we raised a decent amount in angel funds and grants, we moved operations into a lab that we converted from a hair salon. It wasn’t purpose-built out as a lab, however we were able to save some money through subleasing the space “as is,” and doing the work ourselves. We made what was there work for our purposes. We left the mirrors on the walls and used them as whiteboards, for example. That was a really fun space with a DIY aesthetic.

At that stage, we were working on raising a round of Series A funding and talking to some customers who were extremely forward thinking, such as very early stage VCs and cutting edge customers that were attracted to that DIY aesthetic. To them it showed that we were a group that really dives into the internals and how the technology works. We weren’t caught up on having a big fancy lab, but instead a space that was extremely functional.

After we raised our series B we moved into this lab. This lab is fairly fancy. It looks almost like a show-room but it has that “Mission District” aesthetic. It’s full of tools. We are constantly building things, testing things, and it is a hub for all our R&D. Now we are at 31 employees, and our customers are large pharmaceutical companies.

We have opened a new lab at 4th and Brannan, and there are a few reasons for it: One is, we have simply outgrown this space. Also, there is a shift in aesthetics as you move through the different stages of a company. Large pharma companies, when they are hiring you for a project, don’t want to see tools. They don’t want to see DIY stuff. They want to see things that give them confidence that your product works. So, we segmented our space based on our specific use needs. We do all our brainstorming, prototyping and tinkering here in what is a truly creative space before showcasing our product in a more polished environment there on 4th and Brannan. 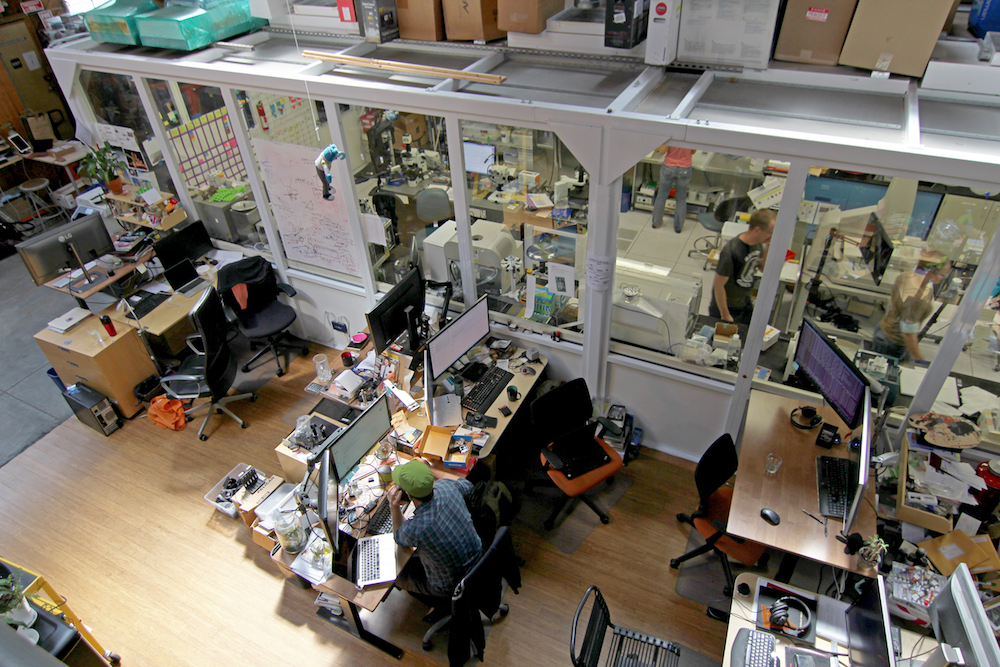 SEYMOUR. What were some of the main infrastructure considerations you made when searching for lab space?

HUFFMAN. A big one that comes to mind was access to fiber optic internet. We had an interesting conversation with Comcast where we asked, “Hey, can we have more internet? We will give you more money…” And they said, “Sorry, you have used all the internet.” Our machines produce a lot of data, each producing about 75 terabytes a day. We are building 12 machines at the moment. Once all 12 are running, they will produce about 900 terabytes a day. Which in terms of scale, is roughly equivalent to all the photographs taken in 2015. So it’s safe to say that’s a lot of imagery data. So, when we were looking for our second lab, I realized that we needed not only to be directly on a fiber optics line, but it had to be one serviced by a backbone ISP. So what I did was I found a map of San Francisco with all the fiber optics lines drawn in. I then only looked at buildings on those specific lines that could allow us dual, redundant, backbone fiber optics service of around 100GB connections to our data centers.

Another reason I chose 4th and Brannan, was that a lot of our customers were coming to us from the South Bay. Right now, here at 19th and Bryant, we are not close to Caltrain, it’s an inconvenient 15 to 20-minute walk to Bart, and worst of all there is absolutely no parking. Our new place is like a block and a half from Caltrain and there is a paid parking lot right next door. So, from the perspective of meeting with customers, it makes it easier for them to get to us and creates a far more fluid experience.

SEYMOUR. Originally, was proximity to UCSF a driving force for your current location?

HUFFMAN. Certainly. We do a lot of work with UCSF scientists and doctors. UCSF is a big driver for us and other bio-tech companies in the area. That was another thing that attracted us to our new SOMA location. It’s right across from Mission Bay. Places like UCSF, or in Boston, MIT and Cambridge act as nucleating forces that gather industry. The ecosystem in Mission Bay and around UCSF creates a lot of opportunities through proximity.

SEYMOUR. Where do you see future expansion taking you?

HUFFMAN. Our industry is not uniformly spread throughout the planet or even the country. It occurs in key hubs. The Bay area is a big one. San Diego is big, Boston is huge, then there is a corridor of pharma companies between New York and Baltimore. Toronto is another big bio-tech hub. We want to make our next location useful as a production lab, but also for customer sales and support.

SEYMOUR. What are some of the ways you attract and retain talent with regards to your space?

HUFFMAN. San Francisco has a very high number of engineers per capita, and we are a very engineering-heavy company. We made the decision to set up shop in San Francisco where talent is more expensive, real estate is harder to find, and it’s harder to get things done, because we need the talent San Francisco possesses. As far as retaining that talent, I think any efforts to minimize a commute are important ones.

We are putting a lot of effort into our internal processes and how we communicate and coordinate in order to make it easier to have a multi-facility operation. This allows us to be in neighborhoods our staff either live in already or can easily access via public transport.

SEYMOUR. As you expand, is a remote workforce something you have considered?

HUFFMAN. As we expand into other cities, what we will probably do is start off with software developers working remotely in that location. Software developers don’t need a very big physical footprint and they don’t need a highly specialized space. Before we make a large capital investment in our East Coast expansion, we will probably hire some software developers, sales, support and [business development] people in the target city in an extremely flexible space like a WeWork or the like. If for some reason we decide not to fully move into that city, we haven’t made that big capital commitment up front. 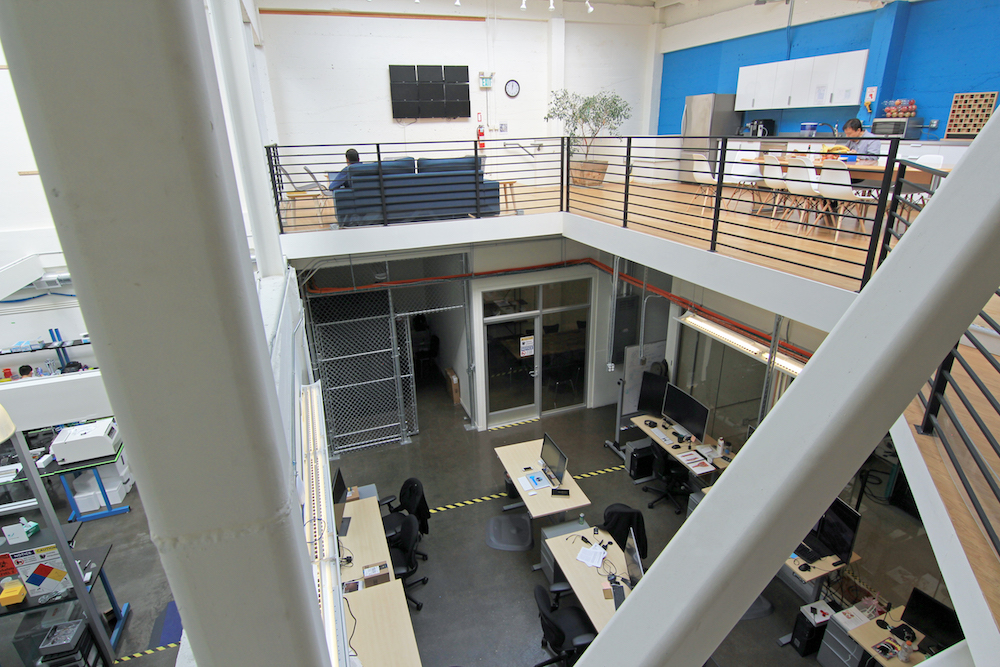