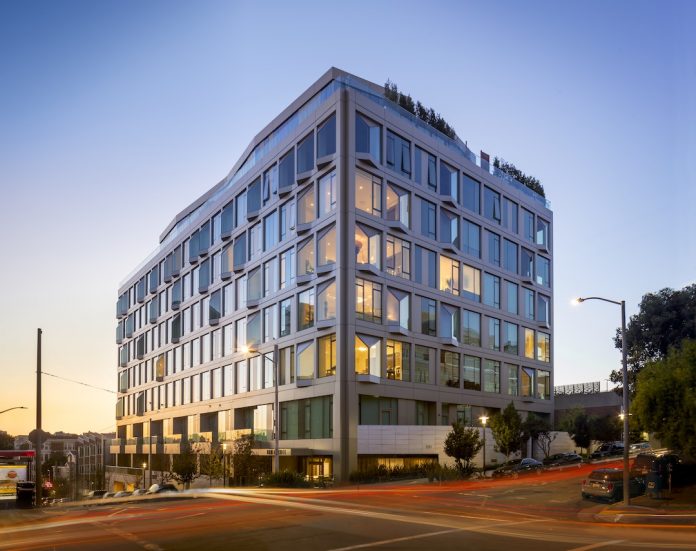 Honoring the very best in the homebuilding industry, the Gold Nugget Awards celebrate those who have raised the bar for innovative architecture, planning and construction concepts. The awards gala, held on Thursday, June 28 at the San Francisco Moscone Center, drew a crowd of more than 10,000 of the most respected industry professionals and innovators in real estate.

“PCBC truly represents the best of the best in the industry and we are honored to be recognized among our peers and bestowed this distinction by such an esteemed panel of judges,” said Gregg Nelson, co-founder and principal of Trumark Companies. “We are incredibly thankful to our dedicated team at Trumark who makes all of this possible.”

The Pacific is a LEED Gold development featuring 76 residences in San Francisco’s prestigious Pacific Heights neighborhood. An adaptive reuse development and former site of the University of the Pacific Dugoni School of Dentistry, The Pacific was the only significant newly constructed, residential development in central Pacific Heights in decades. With stunning architecture envisioned and executed by internationally acclaimed Glenn Rescalvo at Handel Architects and interior design of all common spaces and residences by Handel Interior Design, the property features an array of one-, two- and three-bedroom flats and three level townhomes in the building, along with a rare collection of seven penthouses.

“It’s rare that an area like Pacific Heights encounters a sizable new development project, so the conversion was a historic one,” added Mr. Nelson. “From a building and design perspective, transforming the existing structure into a new use and elegant property well-suited for the neighborhood was an exciting challenge and a new type of project for the entire design team and the supporting community,” added Mr. Nelson.

The oldest and largest program of its kind, PCBC has been endorsed as the official show of Leading Builders of America (LBA). The winners of the PCBC Gold Nugget Awards are featured in online and print publications, including Builder and Developer, Builder and Professional Builder. In addition to the Gold Nugget Awards, The Pacific has previously received recognition for San Francisco Business Times’ 2017 Real Estate Deals of the Year.