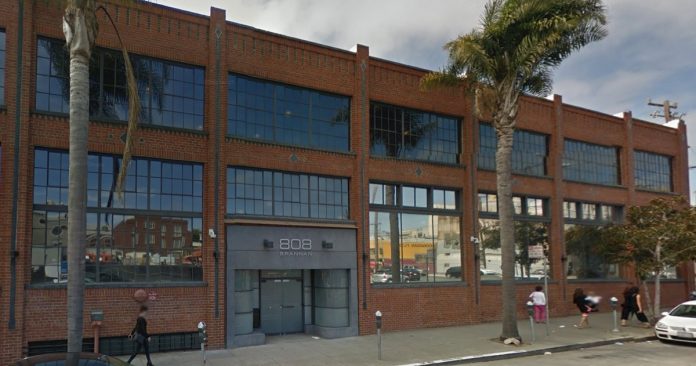 Mountain View-based The Sobrato Organization has closed on its $60 million, or roughly $986 per square foot, purchase of the 60,851 square foot office building located at 808 Brannan Street in San Francisco, according to multiple sources aware of the transaction.

Sobrato declined to comment when contacted for this story.

The sale of the asset was an off-market transaction, according to sources. The previous owner of the transaction was Chicago-based JMB Financial, which had owned the property for around five years. It had purchased the property in 2014 for $35.2 million, as stated in public records.

JMB Financial was assisted on the sale by the San Francisco office of HFF. The main person involved in the transaction was David Dokko, a senior director with the firm. HFF declined to comment when contacted for this story.

The trade of the property produced a mid four percent cap rate, according to industry sources. The property is now fully leased to Pinterest, which has been in the building since 2012. The tenant has a lease that lasts for a few more years, and it is estimated to be below market rates. This circumstance will allow Sobrato to add some value to the property in the future by bringing the rent to market once the lease with the current tenant expires.

Pinterest has other leases in San Francisco. This includes its corporate headquarters for 150,000 square feet at 505 Brannan and a recently announced lease of 490,000 square feet at 88 Bluxome, which is under development by Pasadena, Calif.-based Alexandria Real Estate Equities.