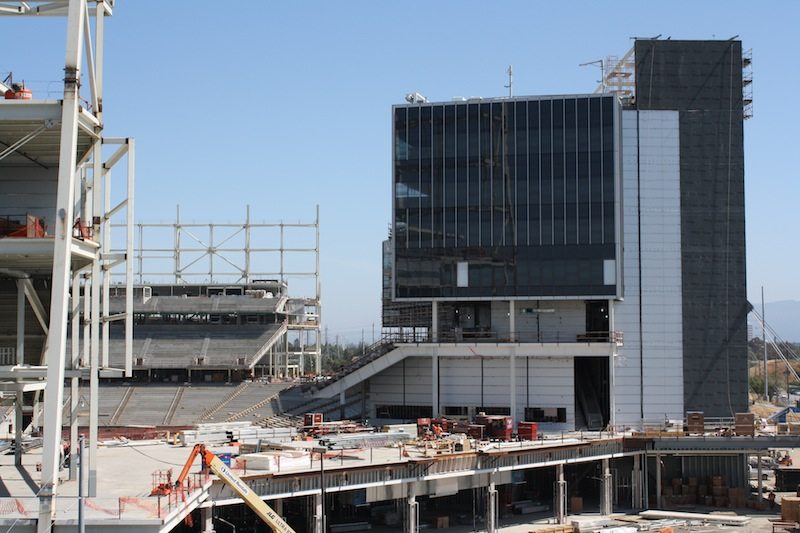 The sprawl of the South Bay is getting a multi-story makeover of offices and housing.

[dropcap]A[/dropcap]s some Silicon Valley tenants move into San Francisco and others expand along the Caltrain lines that bring commuters from the city, some tech companies are defying the return-to-the-city trend by heading to the South Bay.

Along San Jose’s North First Street and Santa Clara’s Great America Parkway, new landmarks are starting to compete with the roller coasters of the Great America amusement park. State Highway 237, the valley’s most important east-west roadway, has blossomed with mid- and high-rise office and campus development occupied by some of the most high-profile technology companies.

[pullquote_right]More than a decade ago San Jose adopted a plan to concentrate 16 million square feet of development capacity in 600 acres on roughly two miles of North First Street.[/pullquote_right]Samsung Semiconductor Inc., the massive South Korean electronics company, which has been in San Jose since 1986, is leading the way. Its current U.S. headquarters at North First Street and Tasman Drive is low, sprawling and dated. Starting in July a new building campus will take shape: 680,000 square feet in two, 10-story towers. Completion is planned for 2015.

“There is a long-term vision that Samsung is going to be part of, is going to be one of the first steps,” said Jonathan Ward, a partner at NBBJ Architecture and lead designer.

More than a decade ago San Jose city officials adopted a plan to guide redevelopment of nearly 5,000 acres in the northern, primarily industrial part of their city, which was losing competitiveness. The plan concentrates 16 million square feet of development capacity for new research and office space in 600 acres on roughly two miles of North First Street between Brokaw Road and the Montague Expressway.

The city wants buildings from six to 10 stories (most are one story today) built to roughly four times the current land-use intensity. The plans aim to exploit an underused light-rail system that runs from North San Jose to downtown and South San Jose.

North San Jose’s flagship corporate resident Cisco Systems Inc., with approximately 13,600 employees, also is modernizing its North San Jose global corporate headquarters. In line with current workplace trends, Cisco is shrinking its square footage per worker. It has sold more than 80 acres of entitled land in North San Jose to developers since last year and is jettisoning an eight-building campus with 811,000 square feet. It is building three parking garages in North San Jose to accommodate the change.

More broadly, it is creating a “global site strategy,” Chris Henderson, who oversees Cisco’s 21 million-square-foot global portfolio, told a standing-room-only crowd at the May meeting of the Northern California chapter of CoreNet, the corporate facilities professional organization. Like other companies including Microsoft Corp., Cisco is outsourcing more and more of the tactical execution and daily maintenance of its facilities to free its real estate team to focus on much bigger issues: “We are actually driving where Cisco goes and where Cisco centers are globally,” Henderson said.

Southern California giant The Irvine Co. also has emerged as a dominant player, buying and building offices and apartments on a large scale across North San Jose, Santa Clara and Sunnyvale. It is seeking to re-create the mixed-use master-planned community that has brought it much success down south. It finished the 2,760-unit North Park Apartment Village in North San Jose in 2007, a block south of the Samsung campus. Its Crescent Village Apartment Homes, which opened last year about four blocks from Samsung, will include 1,750 apartment units when completed this fall. Both complexes are four stories. 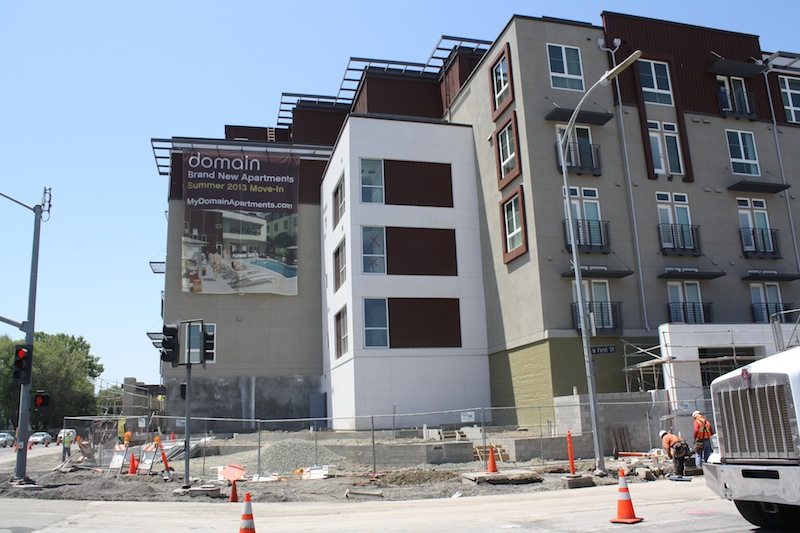